All information about our language school in Valparaíso.

Our language school is located in the center of Valparaíso at Plaza Justicia. From here it is only a few minutes’ walk to the port district or Plaza Sotomayor. The school also has an office in Santiago, so you have the opportunity to complete part of your language course in Valparaíso and part in Santiago. The language school itself has a long tradition and has been active for over 30 years.

In addition to Spanish, English, Mandarin Chinese, Russian and Japanese courses are also taught. The language students come from different countries all around the world, and are spread throughout 4 classrooms. The majority of them are between 20 and 40 years old.

The goal of the lessons is to provide the students with quick learning success without overwhelming and cramming them with too much grammar. All teaching materials were developed by our language school and its teachers themselves. The course program is divided into 6 different language levels. All teachers are native speakers. They all have university degrees and extensive experience teaching foreign languages.

Centrally located near the port 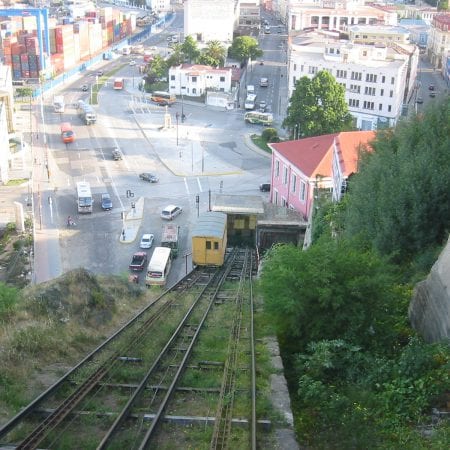 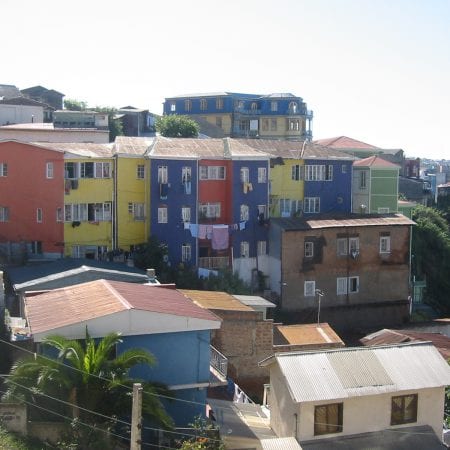 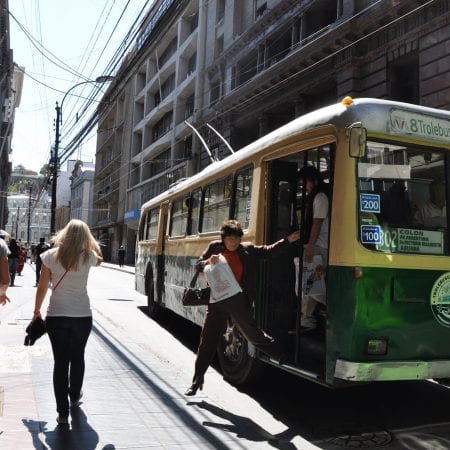 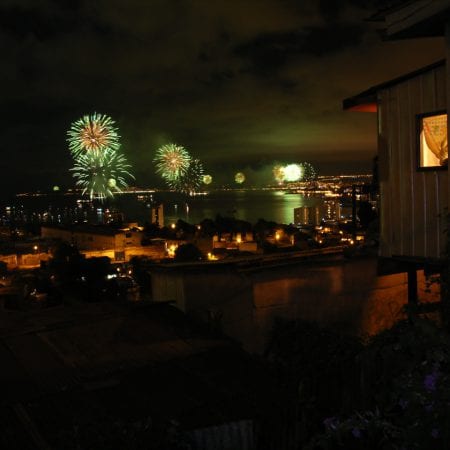 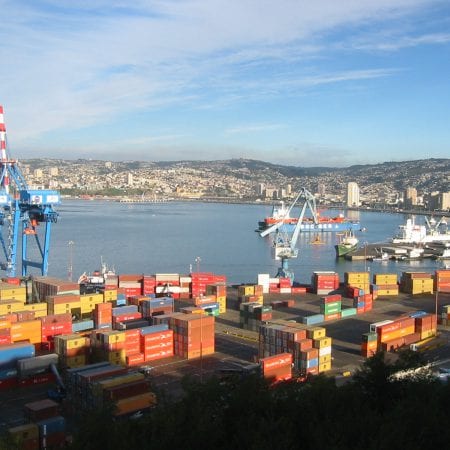 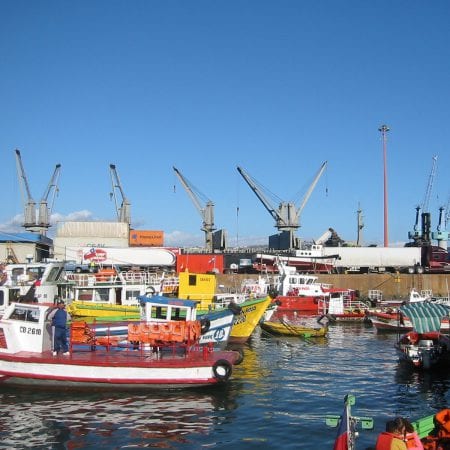 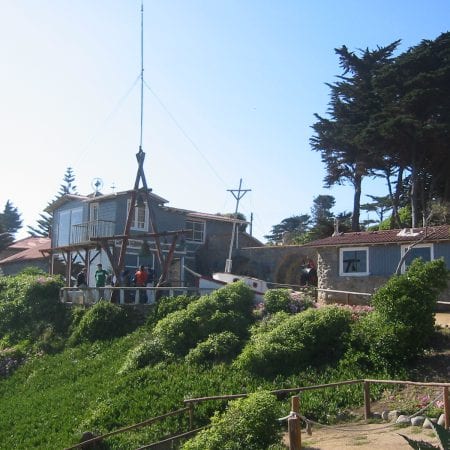 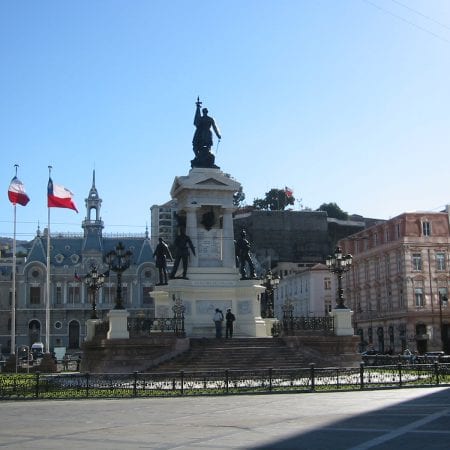 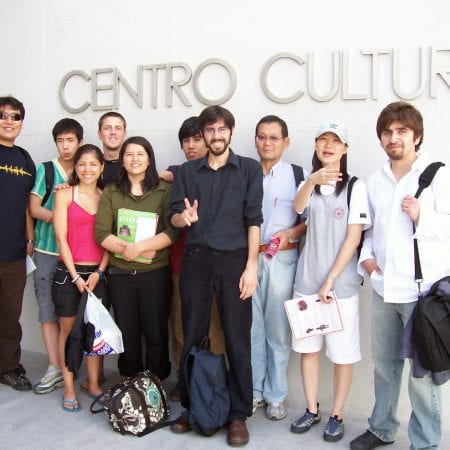 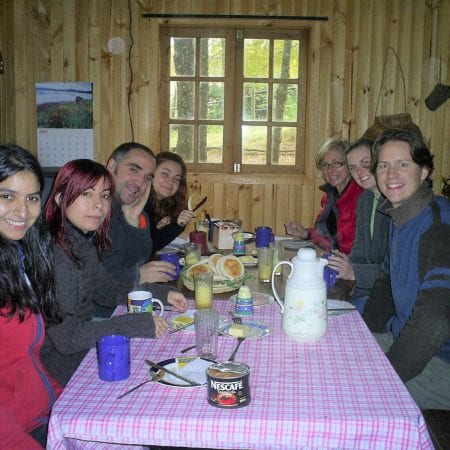 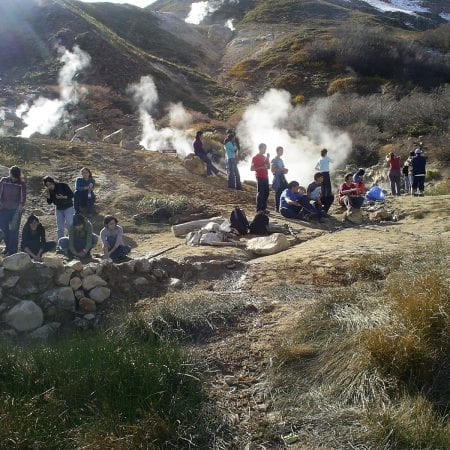 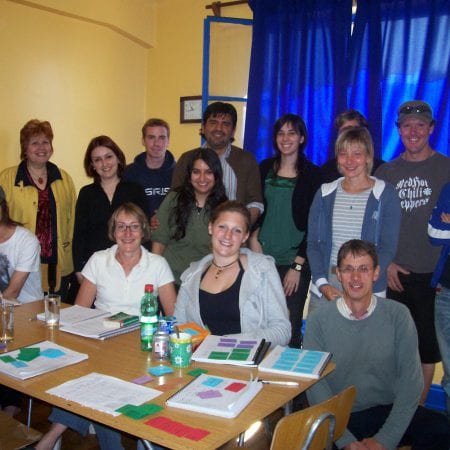 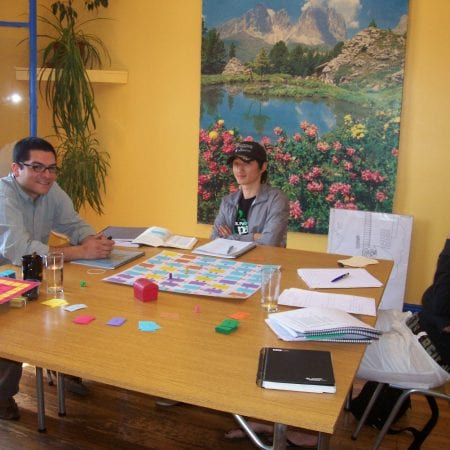 Price / week
185 USD
Lessons / week
20
Info
A standard group course consists of 20 lessons of 45 minutes per week, i.e. 4 lessons per day. The maximum number of students per course is 6. Homogeneous groups ensure quick learning success and fun in the class. The Spanish course usually takes place in the mornings and is only moved to the afternoon in exceptional cases. This language course is chosen by many of our participants.
Read more Read less

Price / week
310 USD
Lessons / week
20 + 10
Info
The optimal mix of group and individual lessons. An intensive group course consists of 20 lessons of 45 minutes per week, i.e. 4 lessons per day. The maximum number of students per course is 6. There are also 10 private lessons of 45 minutes per week. This Spanish course is for all participants who want to make rapid progress and have the time to attend the group course in the morning and take private lessons in the afternoon. This course is also popular with many of our participants.
Read more Read less

Price / week
240 USD
Lessons / week
15
Info
With a private course, you are completely flexible in terms of time and subject matter covered. Your teacher can tailor the lessons to you. The standard private course consists of 15 lessons of 45 minutes per week. The lessons follow a flexible schedule, in coordination with your teacher. A private course is ideal for participants who already have a good language level, but still have very specific areas they want to improve, such as grammar, communication or vocabulary. It can also focus on certain topics, such as medicine, business administration or politics.
Read more Read less

Price / week
Price of the standard group course + one time fee of 110 USD
Lessons / week
20
Info
Show social commitment and put your Spanish skills into practice right away! We have created a combination program especially for our language students that gives you the opportunity to immerse yourself even deeper in Chilean culture and to build up your vocabulary faster. The Spanish course consists of the standard group course and always takes place in the mornings. You have a total of 20 lessons of 45 minutes each per week. Then you can get involved in a volunteer project for 2 to 4 afternoons a week. The volunteer work takes place in children's homes, day care centers, homeless shelters, animal welfare projects or similar social institutions.
Read more Read less
Extras
Price
Airport pick-up in Santiago de Chile: The airport transfer takes you from the airport to the bus station in Santiago, where you will find many coach operators for your onward journey to Valparaíso (departure daily approx. every 30 minutes).
40 USD
International Health Insurance – complete here: Link
See link

All accommodations for our language students in Valparaíso are very carefully selected and are located in good and safe residential areas. Good transportation connections and internet are always available.

The port city of Valparaíso with its bitter flair offers a unique, picturesque cityscape. More than three dozen hills, up to 400 m high, the so-called cerros, line the most important port in Chile. Old inclined elevators (ascensores) and numerous winding stairs lead up to the cerros. The brisk trade with Europe during the 19th century brought a lot of diversity into the city and shapes today’s cityscape. The port city, which became the seat of the Chilean Congress in 1990, has been declared a World Heritage Site by UNESCO.

Until the opening of the Panama Canal, Valparaíso was the most important port city in South America and thus a melting pot of cultures. To this day Valparaíso is one of the most interesting cities in Chile. Art and culture flourish here unlike any other city and on almost every corner, in the tangle of alleys and squares, there are small galleries, artist cafes, studios and street art projects to discover.

Valparaíso is a perfect place for a language trip to learn Spanish. Students from all over Chile, language students, work & travelers from all over the world as well as tourists mingle with locals in the many salsa clubs, rustic bars and alleys after sunset. The best beaches at Viña del Mar are just a metro ride away.

Many sights such as the old cog railway Ascensor Artillería, the viewing balcony 21 de Mayo and the port area Muelle Prat with Plaza Sotomayor can be discovered. You should also see the colorful house facades and murals on the stairs of the Cerro Bellavista district. The house of Nobel Prize winner for literature Pablo Neruda is also located in this quarter. The fireworks on New Years are particularly worth seeing and unique. Hundreds of thousands make the pilgrimage to Valparaíso and Viña del Mar to admire the bombastic fireworks set off from ships.

directly on the Pacific coast in the middle of Chile, 120 km northwest of Santiago (approx. 1.5 hours by bus), 9 km south of Viña del Mar

Founding of the city

Old cogwheel railway Ascensor Artillería, viewing balcony 21 de Mayo, port area Muelle Prat with Plaza Sotomayor, the colorful house facades and wall paintings on the stairs of the Cerro Bellavista district, the house of the Nobel Prize winner Pablo Neruda. Places of interest in the area are Viña del Mar, Reñaca, the beach house of Pablo Neruda in Isla Negra or the dreamy coastal town of Quintay.
The fireworks on New Years are particularly worth seeing and unique.

Valparaíso offers a colorful, lively night life. You can have fun in one of the numerous rustic bars, salsa clubs and discos.

Valparaíso is particularly convincing due to its originality and its special cityscape. The beach in Viña del Mar or Reñaca can be reached comfortably and around the clock in around 20 minutes by public bus.

You can find pictures of Valparaíso in our picture gallery.

Like all other schools, our language school in Valparaíso offers a wide range of leisure activities in addition to the language course. 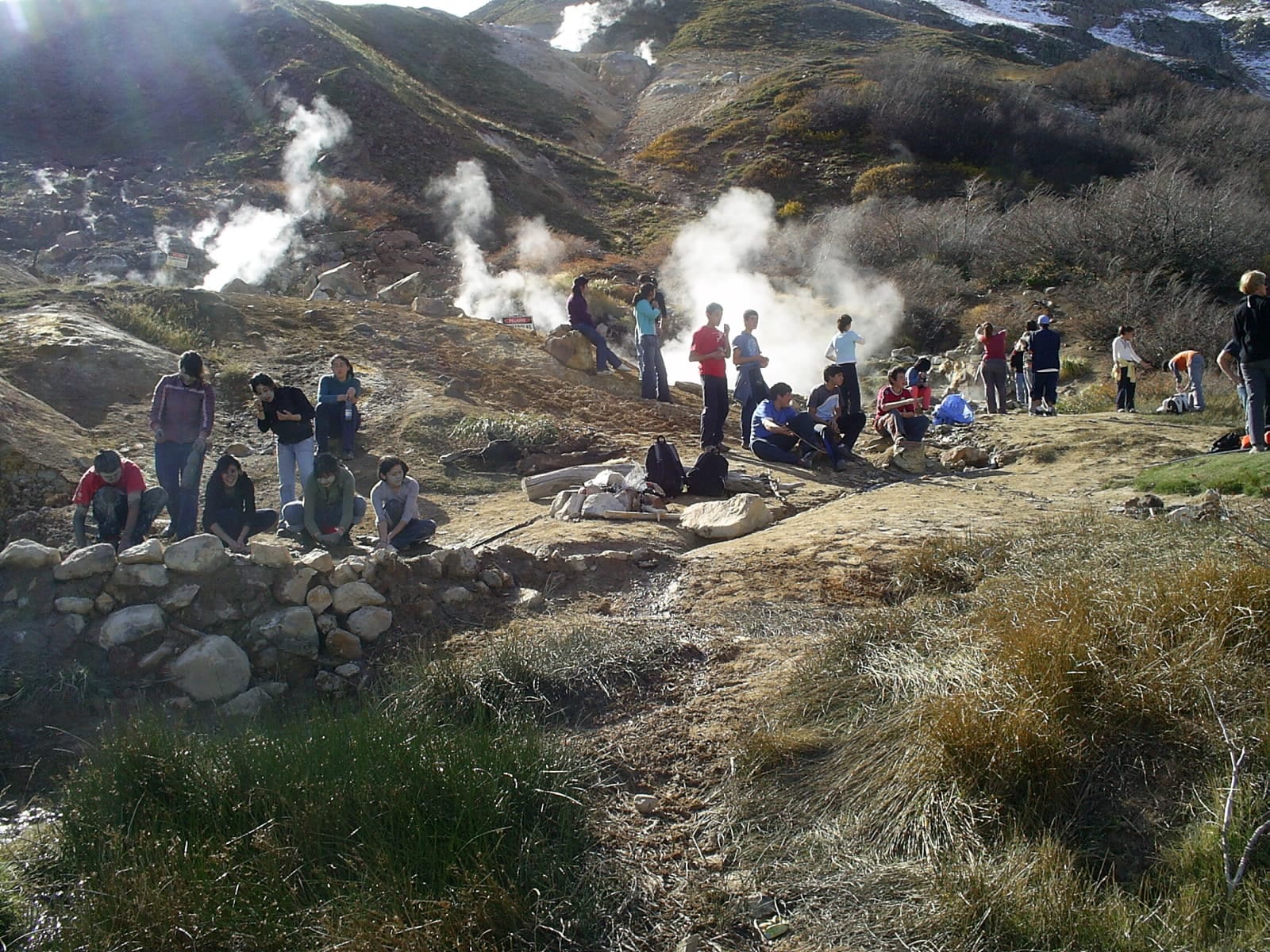