All information about our language school in Viña del Mar.

Our language school is located in the center of Viña del Mar in an excellent location and safe environment. The Quinta Vergara Park with its open-air stage, where the famous music festival takes place every year with many famous artists, is only one block away. The proximity to the beach, shopping malls, cafes, restaurants, bars and nightclubs guarantee a great ambience to practice and learn Spanish.

The language school has 9 classrooms. At the school you have free broadband internet access at all times, via WiFi. In addition, our school offers a lot of leisure activities outside of the language courses.

The Spanish lessons at our language school in Viña del Mar are flexible and tailored to the individual language level of the students. There are 9 different course levels from beginner to advanced. The teachers are all native speakers with university degrees and very experienced in teaching foreign languages.

centrally located in the middle of Viña del Mar 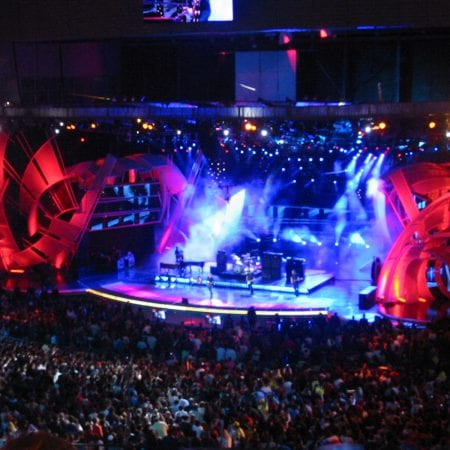 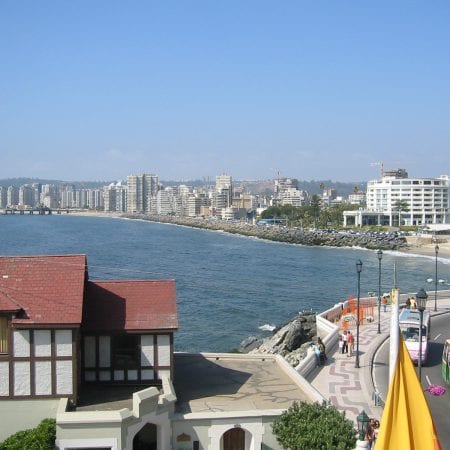 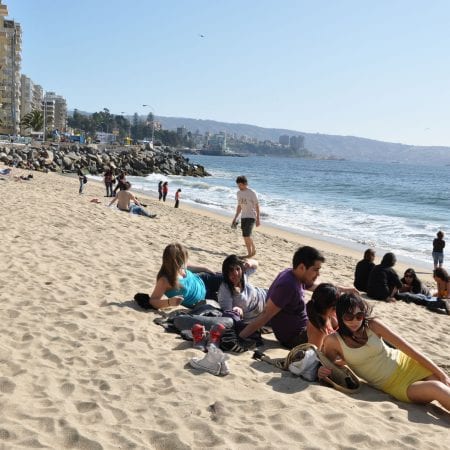 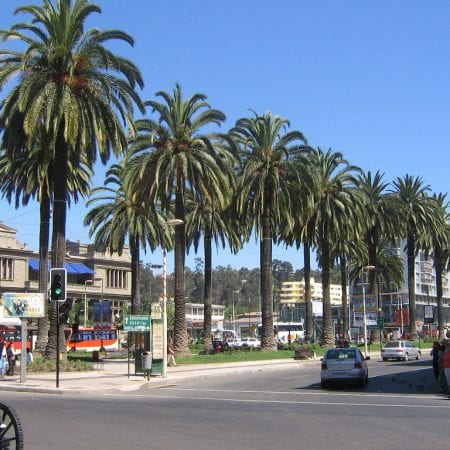 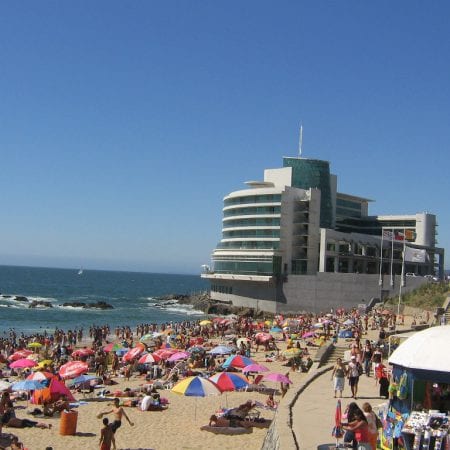 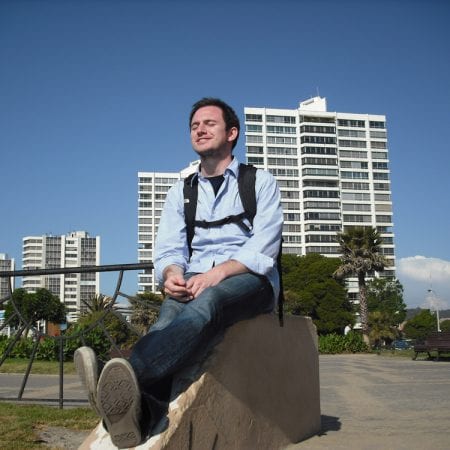 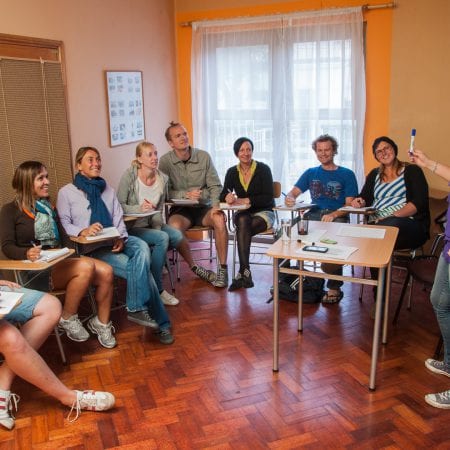 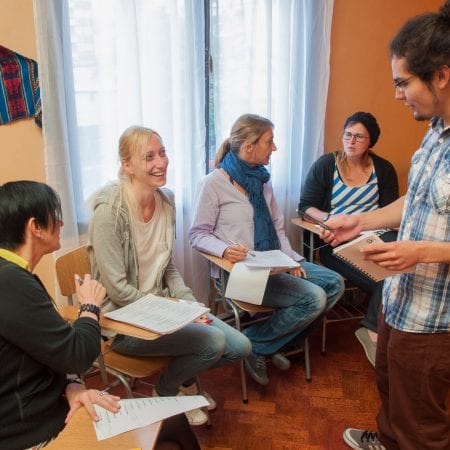 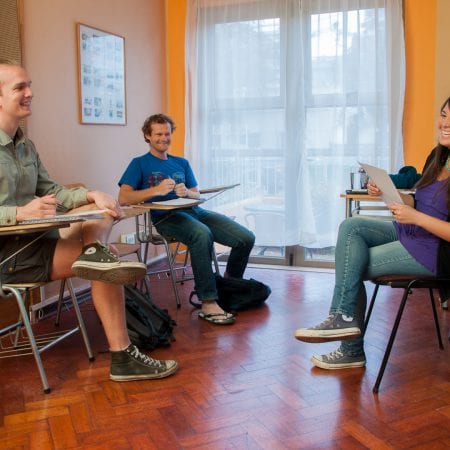 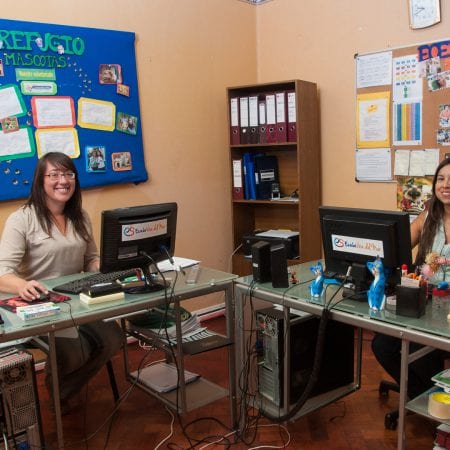 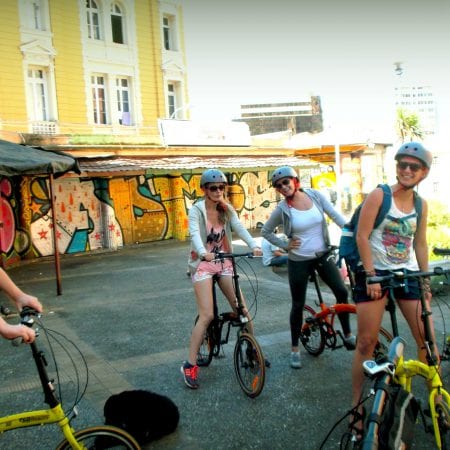 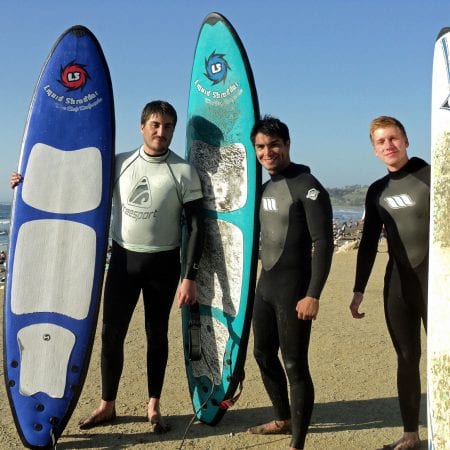 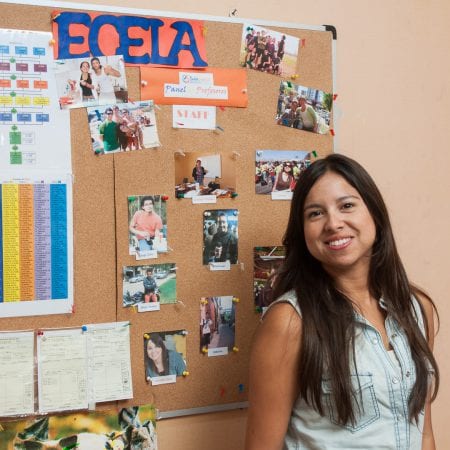 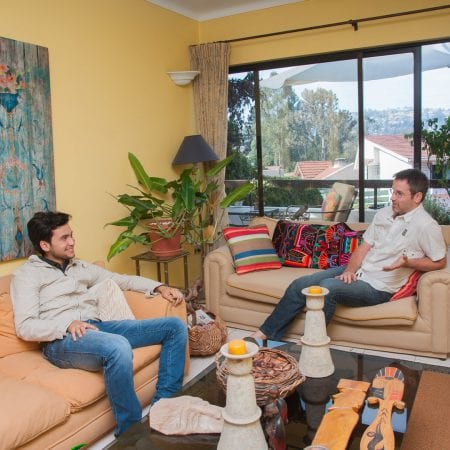 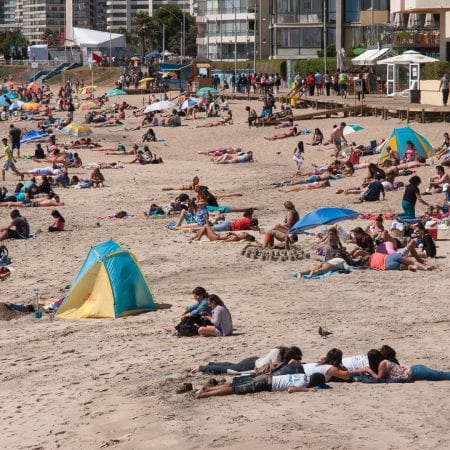 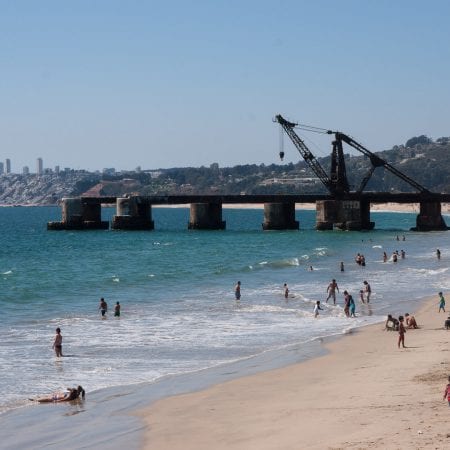 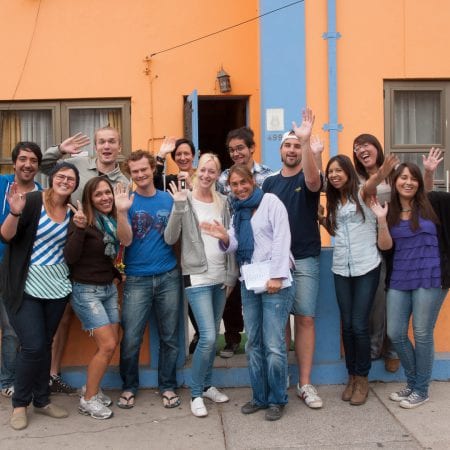 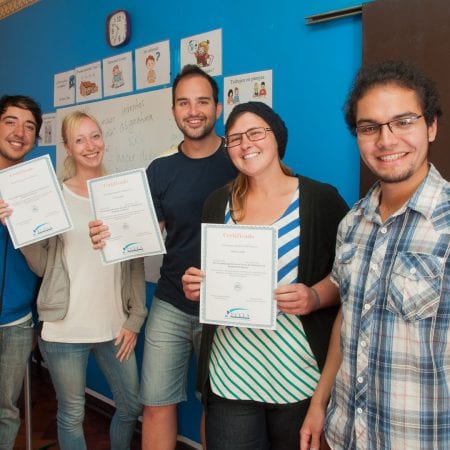 Price / week
200 USD
Lessons / week
20
Info
A standard group course consists of 20 lessons of 50 minutes per week, i.e. 4 lessons per day. The maximum number of students per course is 7. Homogeneous groups ensure quick learning success and fun in the classroom. The course usually takes place in the mornings, but the course is rarely rescheduled to the afternoon in exceptional cases. This course is chosen by many of our participants.
Read more Read less

Price / week
420 USD
Lessons / week
20 + 10
Info
The ideal mix of group and individual lessons. An intensive group course consists of 20 lessons of 50 minutes per week, i.e. 4 lessons per day. The maximum number of students per course is 7. There are also 10 private lessons of 50 minutes per week included. This course is for all participants who want to make quick progress and have the time to attend the group course in the morning and take private lessons in the afternoon. This course is popular with many of our participants.
Read more Read less

Price / week
220 USD
Lessons / week
10
Info
With a private course, you are completely flexible in terms of time and subject matter covered. Your teacher can tailor the lessons to you. The standard private course consists of 10 lessons of 50 minutes per week. The lessons follow a flexible schedule, in coordination with your teacher. A private course is ideal for participants who already have a good language level, but still have very specific areas, they want to improve such as grammar, communication or vocabulary. It can also focus on certain topics, such as medicine, business administration or politics.
Read more Read less

Price / week
120 USD
Lessons / week
4
Info
The beaches at Viña del Mar are very suitable for surf courses for both beginners and advanced surfers. All Spanish courses can be combined with a surf course. The surf course includes the following: 2 days of surfing lessons with a surf instructor (2h each), transport from the school to the beach, and surfing equipment
Read more Read less

Price / week
Price of the standard group course + one time fee of 110 USD
Lessons / week
20
Info
Show social commitment and put your Spanish skills into practice right away! We have created a combination program especially for our language students that gives you the opportunity to immerse yourself even deeper in Chilean culture and to build up your vocabulary faster. The Spanish course consists of the standard group course and always takes place in the mornings. You have a total of 20 lessons of 50 minutes each per week. Then you can get involved in a volunteer project for 2 to 4 afternoons a week. The volunteer work takes place in children's homes, day care centers, homeless shelters, animal welfare projects or similar social institutions.
Read more Read less

Price / week
On Demand
Info
This course program gives you the opportunity to learn Spanish while traveling through South America. You can choose between 6 Spanish schools in Santiago de Chile, Viña del Mar (Chile), Lima, Cusco (Peru), Buenos Aires and Mendoza (Argentina). All schools have the same curriculum and quality. You can choose the duration and type of courses as well as the order of the cities and create your program depending on your travel plan. This way you have the opportunity to get to know different cities, cultures and dialects. For all further information, we would be happy to advise you personally and make you an individual offer!
Read more Read less
Extras
Price
Airport pick-up in Santiago de Chile: The airport transfer takes you from the airport to the bus station in Santiago, where you will find many coach operators for your onward journey to Viña del Mar (departure daily approx. every 30 minutes).
40 USD
International Health Insurance – complete here: Link
See link

All accommodations for our language students in Viña del Mar are very carefully selected and are located in good and safe residential areas. Good transportation connections and internet are always available.

Lively beaches, shady parks and numerous palaces from the early days give Viña del Mar a very special flair. The city was once a popular health resort and is now one of the most popular vacation destinations in South America. The numerous parks and green spaces gave Viña del Mar the name “The Garden City”. You can stretch your legs or just enjoy the view of the sea along the extensive beach promenades. The city has a lot to offer culturally.

Sights in Viña del Mar include the flower clock, the old castles, the casino or the palm-lined promenade. You shouldn’t miss the Quinta Vergara Park and the Botanical Garden either. The picturesque port town of Valparaíso, the beach town of Reñaca, the beach house of the Nobel Prize winner Pablo Neruda in Isla Negra or the dreamy coastal town of Quintay are well worth seeing and are in the immediate vicinity. The fireworks on New Years are particularly worth seeing and are unique. Hundreds of thousands make pilgrimages to Viña del Mar and Valparaíso to admire the bombastic fireworks set off from ships.

Directly on the Pacific coast in the middle of Chile, approx. 120 km northwest of Santiago (approx. 1.5 hours by bus), 9 km north of Valparaiso, 7 km south of Reñaca

Founding of the City

An exclusive, exciting nightlife awaits you in Viña del Mar. The city explodes especially in the summer (December – February). The center, around the casino, is very lively all week long. There are countless bars, restaurants, discos as well as a large theater and modern cinema. The clubs are among the best in South America.

In Viña del Mar you can bathe and laze around at lunchtime on the Pacific coast or surf on the beach in the neighboring town of Reñaca, which is primarily a meeting place for young people. In the evening you can throw yourself into the nightlife. 45% of the population are 30 years or younger!

You can find photos of Viña del Mar in our photo gallery.

We want to be sure that your time in South America will be a lifetime experience. Therefore, our language school in Viña del Mar offers a wide range of activities in addition to the language course. Every day there are different options for spending free time and every week a new program: 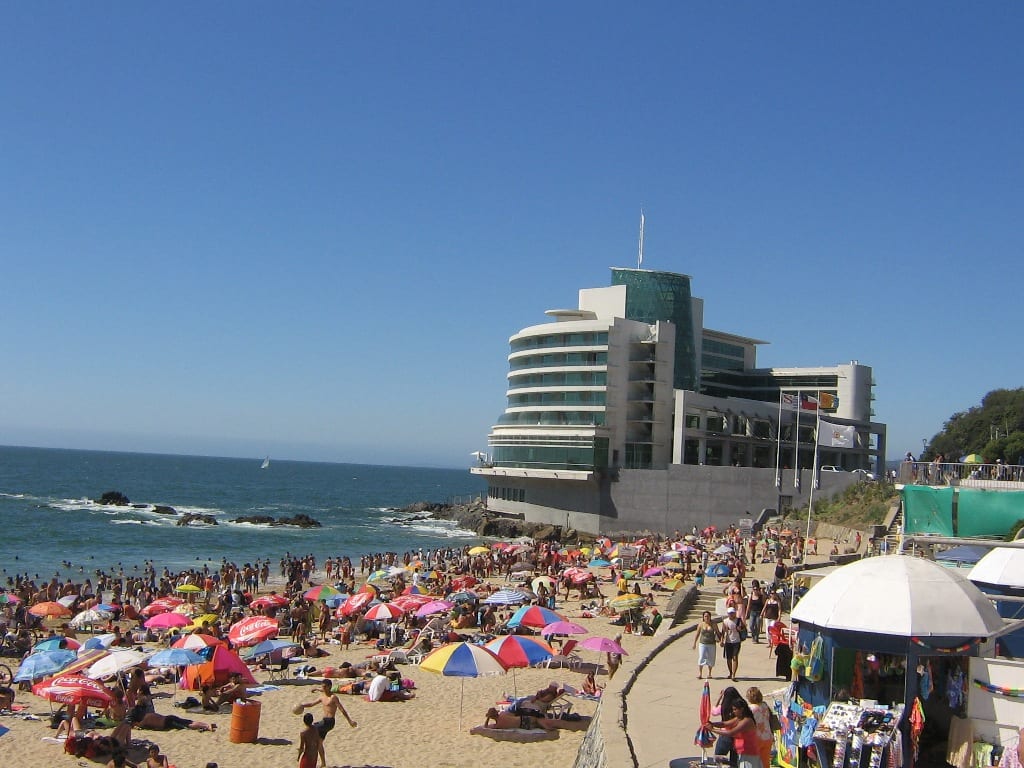