Arrival and entry - visa and flight to Chile

All information about entering Chile - flights, tourist card and visa

Do I need a visa?

Travelers from most countries in the world receive a tourist residence permit (Tarjeta de Turismo) at the border. This entitles you to stay in Chile for up to 90 days and to engage in any tourist activity. With a short exit and re-entry (e.g. a weekend trip to Mendoza in Argentina) this tourist permit is automatically renewed for a further 90 days. Many foreigners use this option, which is not expressly recognized by the law. Another option is a one-time extension at the Chilean immigration office Extranjería.
The copy of the tourist permit must be kept until departure. It is important to have a valid passport, which must be valid for at least 6 months after your intended exit date. Entry is not possible with an identity card alone.
Alternatively, there are also special visas for internships or volunteer work, which save you the need to renew your tourist card or leave and re-entry every three months. This is the so-called Working Holiday Visa.

For activities carried out in Chile, e.g.  an internship, work and travel or voluntary work, a visa is required. Most foreigners who have unpaid work in Chile, enter with the normal tourist card. Unfortunately, there is inconsistent information and you often get different information about this from different authorities and consulates.

To be on the safe side, we recommend that you contact the Chilean consulate responsible for your country and discuss your specific case with the staff there. You should allow 6-8 weeks for the processing of a visa.

How can I extend my tourist visa?

If you want to extend your three-month tourist visa (Tarjeta de Turismo), you can have this renewed for a further 90 days by briefly leaving and re-entering the country. In order to combine your departure with a short trip, the nearby Mendoza in Argentina is recommended. In theory, you can repeat this process as often as you want. This type of exit and re-entry is not regulated by law, i.e. neither allowed nor expressly prohibited, but usually does not lead to any problems at customs. Alternatively, you can apply for an extension once for around 100 USD. The Departamento de Extranjería in Santiago is responsible for this, respectively the Gobernación Provincial in other regions. 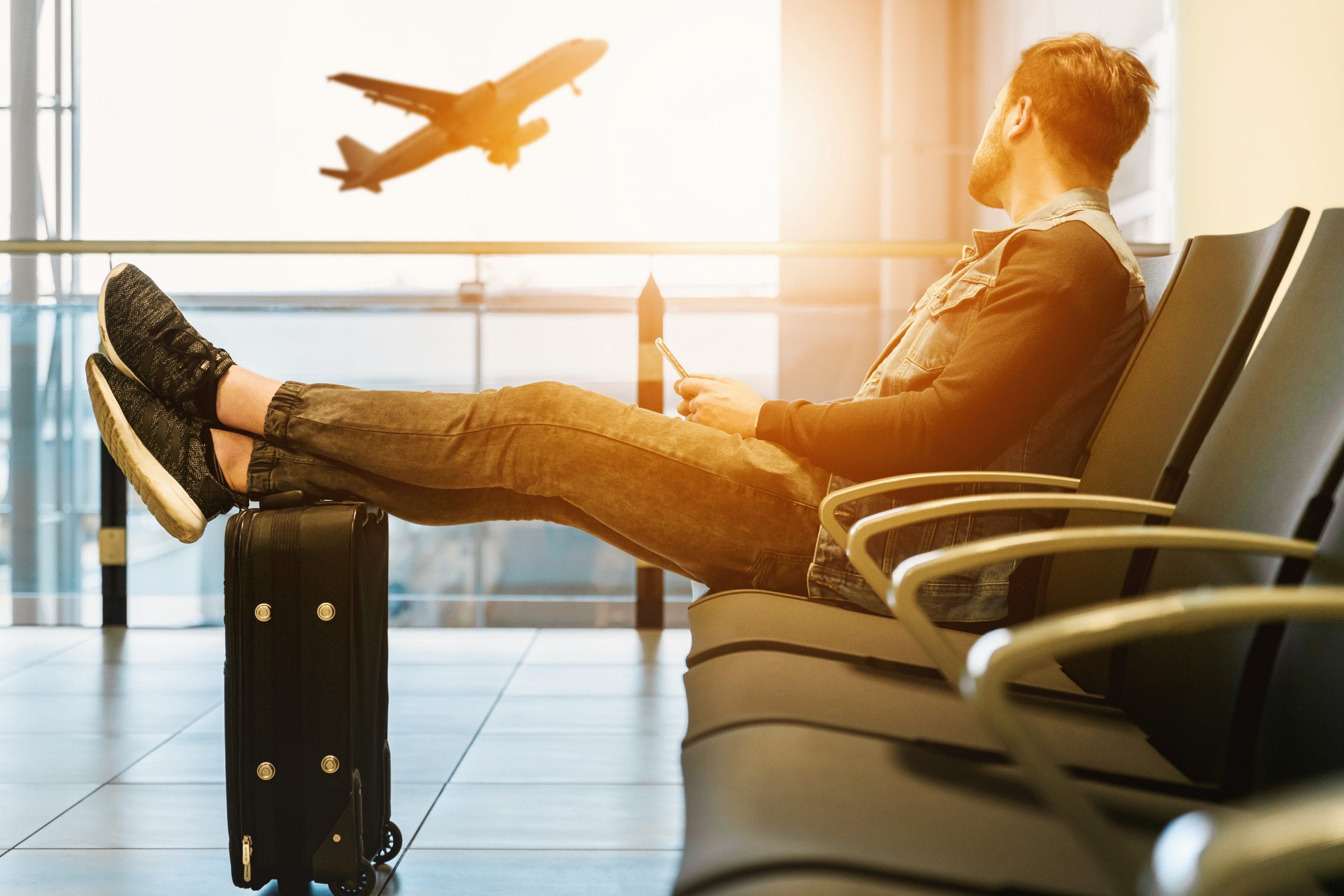 Which visas are required for an internship, work and travel or language course?

A tourist card is sufficient for a language course. For activities carried out in Chile, e.g. an internship, work and travel job, farm stay or volunteering, a visa is officially required. Unfortunately, different authorities and consulates often provide different information on this. Most foreigners who plan on doing unpaid work in Chile enter with the normal tourist permit.

To be on the safe side, we recommend that you contact the Chilean consulate responsible for your country and discuss your specific case with the staff there. You should plan 6-8 weeks for the processing time.
Another option is to apply for a work permit with a tourist permit after entry (Autorización para trabajar como turista, Extranjería).

What do I do if my tourist visa is lost?

The copy of the tourist permit must be returned before you leave the country, therefore you must get a replacement card if you lose it. You can get this from Policía Internacional in Santiago or in other regions at the Policía de Investigaciones.

What documents do I need for entry?

Tourists only need their passport, which is valid for at least 6 more months, and they receive a three-month, possibly renewable tourist visa (Tarjeta de Turismo) upon entry.
In rare cases, proof of sufficient financial resources (e.g. credit card or bank statement) as well as a booking confirmation for the return or onward journey (e.g. return flight ticket) can be requested at the check-in counter. We therefore recommend that you always book your return ticket together with your outgoing ticket. 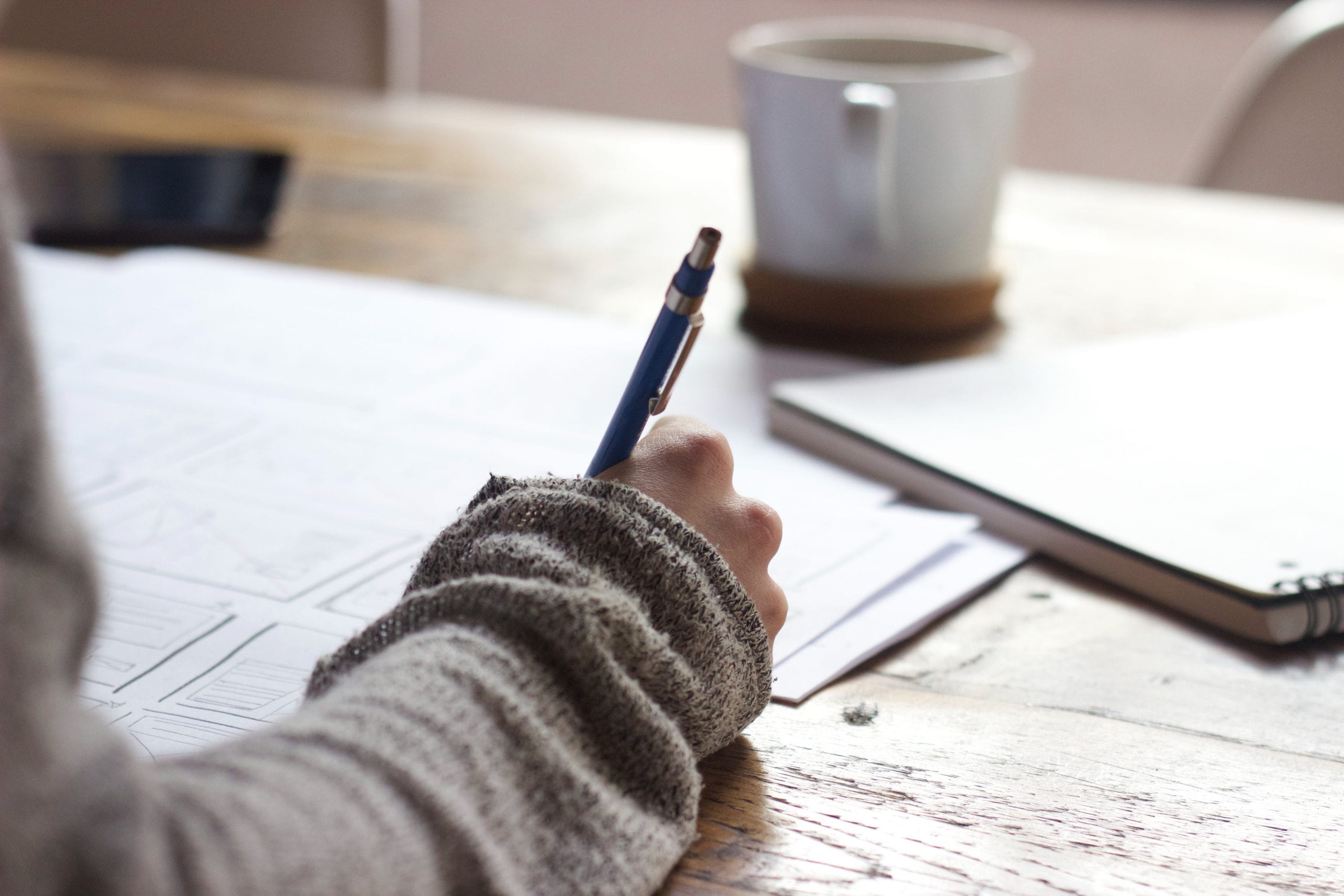 Where can I apply for a visa (not tourist visa)?

Before starting your trip, you can apply for a visa at your local Chilean diplomatic mission abroad. You have to expect a processing time of 8-10 weeks.
You can find more information about the different types of visas on the website of the Chilean Immigration Office (www.extranjeria.gov.cl). There you will find the required application forms if you are already in Chile and want to apply for a longer stay visa. The processing time for this is approx. 3-6 months. For advice, you can contact the Departamento de Extranjería of the Intendencia de Santiago.

What types of visas exist in Chile?

In the event that you want to stay in Chile for more than three months and / or pursue a paid job, there are different visas you can choose from. You can find detailed information about the types of visas here. Below we have listed and briefly explained the most important types of visas (which you can apply for if you are already in Chile). These types of visas are usually not relevant for our participants who are planning a work and travel stay, internship, volunteer work, language course or similar:

How do I find a cheap flight?

There are several airlines to choose from for the flight from Europe to Chile of around 16 hours. Flying from Frankfurt there are Lufthansa (via Buenos Aires or São Paulo), Varig (via São Paulo), Aerolíneas Argentinas (via Buenos Aires), Air France (via Paris), Iberia (via Madrid) and of course the Chilean airline LAN/LATAM Airlines (direct flight via Madrid).
If you are flying from Zurich, Swiss Airlines will take you directly to Santiago with a stop in São Paulo. If you come from Vienna, you have to change in Frankfurt.
An inexpensive, but slightly longer variant, is the detour via the USA. US airlines such as American Airlines, Delta and United Airlines fly daily to Santiago de Chile. So for US residents it is quite easy to reach Chile. The minimum price for a flight from Central Europe to Chile is around 700 euros. Cheap special offer tickets can usually only be rebooked for high fees.

To search for cheap flights with special prices, you can simply use our flight request form. You will then receive non-binding flight offers for your flight to Chile by email. 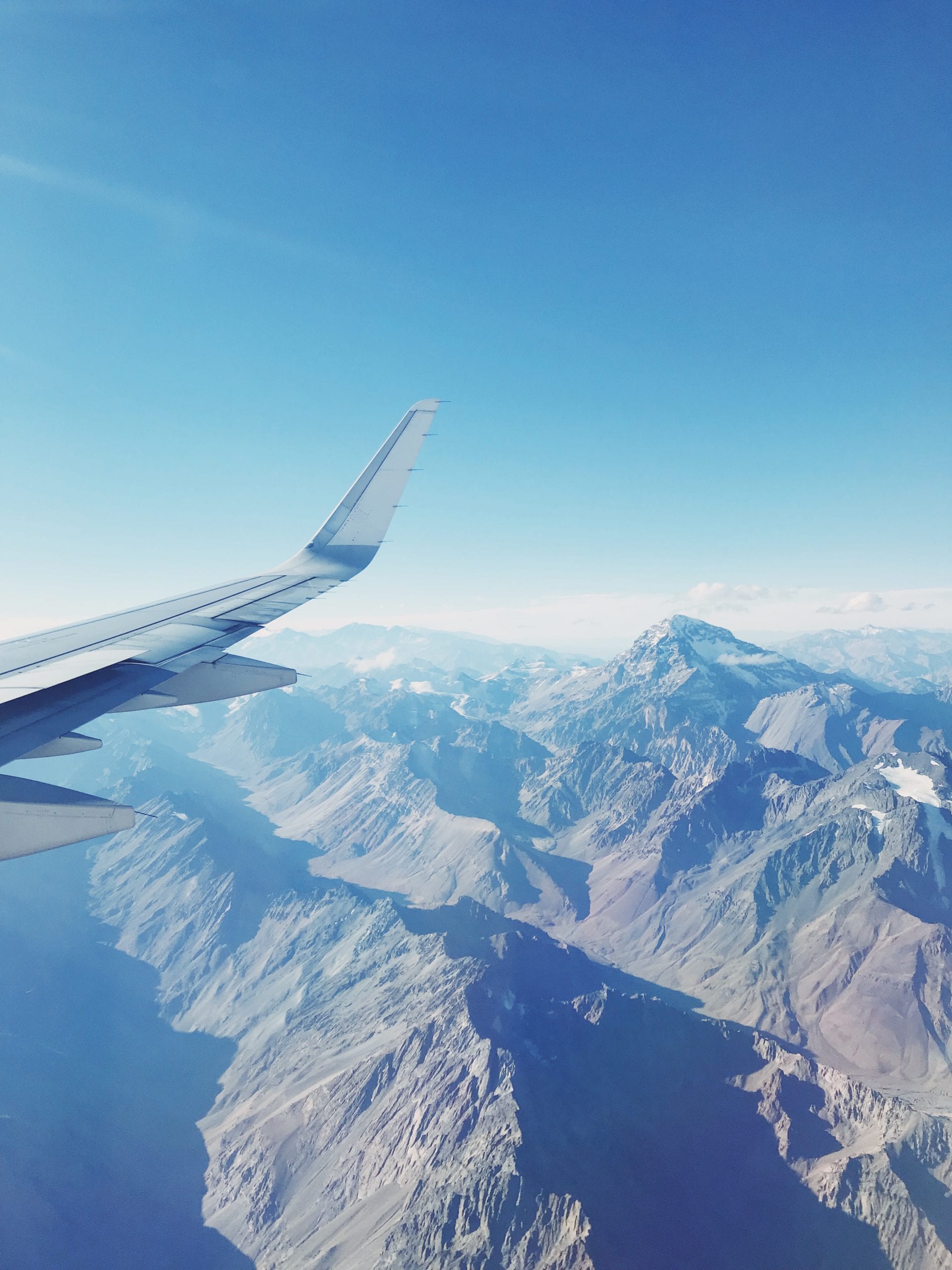 What flights are available within Chile?

Chile has over 120 airports. The country extends over a length of more than 4,000 kilometers, therefore making air travel a crucial form of transportation. However, the majority of the airports are small regional airports that offer domestic flights via the Chilean airlines LAN (LATAM) and Sky Airline and connect the individual regions of Chile with each other. The larger passenger airports in Chile include the airports in Santiago de Chile, Puerto Montt and in Punta Arenas. But there are also important passenger airports in Iquique and Concepción. These should be the first choice if you are looking for flights to Chile or to the country’s largest airports.

The airport in Santiago de Chile is not only an international hub, but also the home airport of the Chilean airline LAN (LATAM). From here flights go to South America, North America, Easter Island and Europe. The airlines LAN, Air France, Iberia, Swiss and Lufthansa all fly once a day to European cities, sometimes with a stopover via Sao Paulo. The airports in Punta Arenas and Iquique offer domestic flights as well as flights to South America, for example to La Paz in Bolivia or to Río Gallegos in Argentina. Numerous domestic flights take place from Puerto Montt or Concepción, for example to Santiago de Chile or Balmaceda.

The most important airports in Chile are centrally located in the large and touristy, well-developed cities and the flight network is extensively developed. You can get to all beautiful holiday regions of Chile and South America comfortably and quickly. For example, the popular Torres del Plaine National Park is only 140 kilometers from the city of Puerto Natales, which has its own airport, and is only 250 kilometers from Punta Arenas. You can get there just as quickly as you can get to the Valle de la Luna, which is around 100 kilometers from the village of Calama and also has an airplane connection.

Many flights within Chile can be beneficial for you, as the Chilean airline LAN (LATAM) offers its passengers a frequent flyer program called LATAMPASS. If you fly with LAN or its partner airlines or use partner car rentals, you can accumulate kilometers and soon fly a route for free. Additionally, you can take one piece of hand luggage up to eight kilograms with you on LAN routes and up to two checked bags weighing up to 23 kilograms. If you are flying in Business Class, you can carry 12 kilograms of hand luggage and three pieces of baggage weighing 23 kilograms each in your checked baggage.

What is the best way to get around in Chile?

Chile is covered with an excellent bus network extending even to the furthest village. Modern, air-conditioned buses with toilets run on the overland routes. In general, there are 3 different classes: salón cama, semi cama and clase turista. The salón cama or semi cama classes are recommended for long journeys. The prices are comparatively low. Trains only run between Santiago and Chillán (with reclining seats and dining cars). 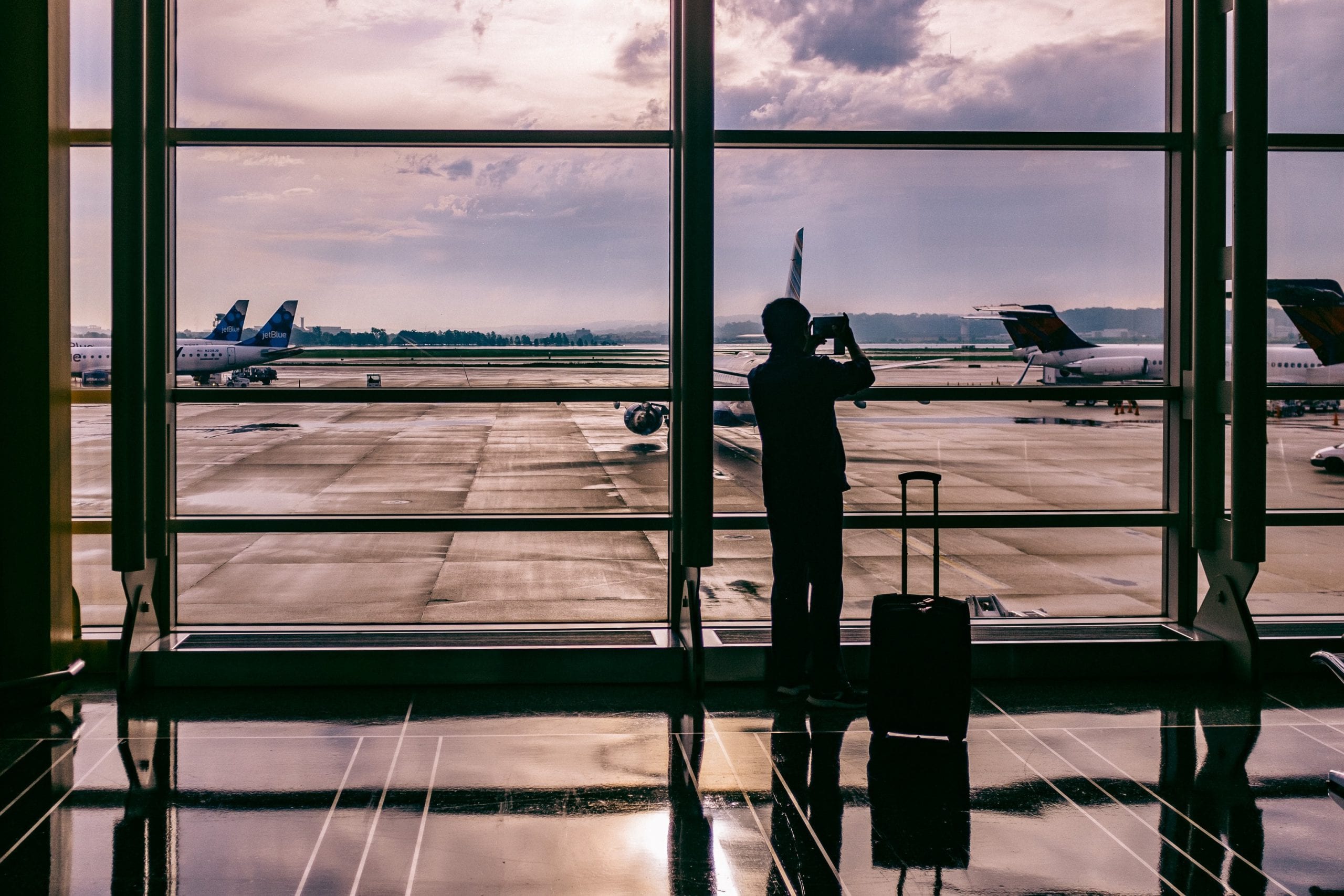 How do I get from the airport to my destination?

For a small fee you can be picked up from the airport in Santiago de Chile. We are happy to organize the transport for you. Alternatively, you can of course also travel by bus or taxi from the airport to the center of Santiago.

Read moreRead less
Thanks for visiting us! In order to be able to offer the best possible functionality, our website uses cookies. DatenschutzOk